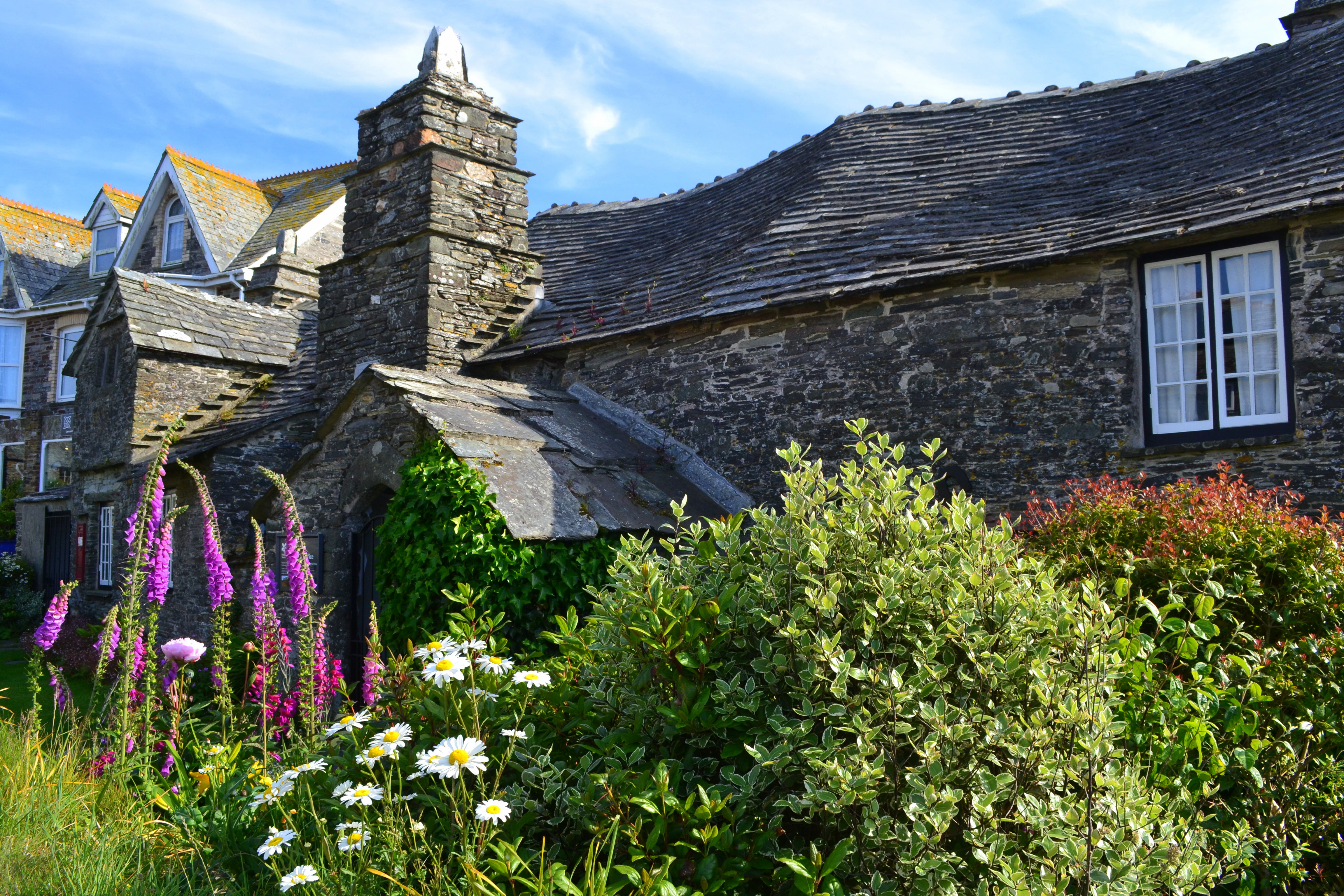 In the heart of Tintagel village, on the Cornish coast, lies this 14th century cottage.

The building was a yeoman’s farmhouse for centuries. It became a post office in the Victorian period, when it acquired a licence to be a letter receiving station for the district around Tintagel.

Inside the Old Post Office are Victorian postal equipment, and rooms that have been restored to their 16th century state by the National Trust.

Standing on Tintagel high street, in a central position in the village, the cottage would have been a main feature of the settlement from the 14th century onwards.

The roof of the Old Post Office is beautiful and fascinating: undulating and ancient.

Inside the Old Post Office you can see the beams that hold up the warped roof. Much careful repair work has been done to these centuries old timbers.

The cottage is two storeys, connected by an extremely narrow and precarious staircase that winds up to the loft bedroom overhead. It’s impressive that the old floorboards can take these weighty wooden beds and the footfall of visitors.

At the back of the Old Post Office lies a cottage garden. The building, with its squat shape and grey stone, seems to nestle snugly in the protective folds of the old English garden.

Overgrown ivy cascades down from underneath the slate roof of the porch, and the front garden is full of flowers.

The beautiful herringbone pattern of the dry slate wall can be seen here.

Tintagel Old Post Office is managed by the National Trust, and is closed in winter.