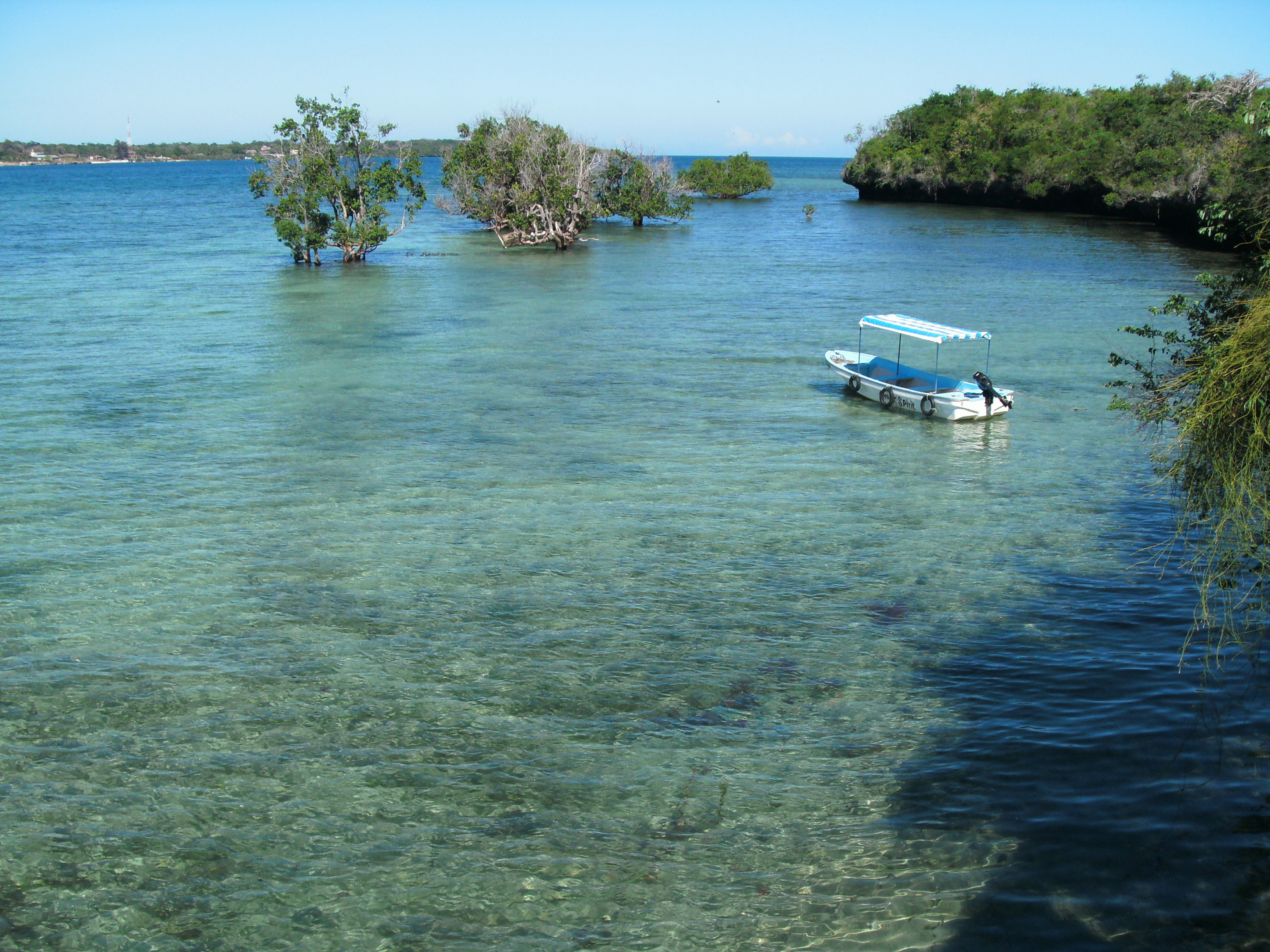 I took a trip to Kisite-Mpunguti Marine National Park, a protected wildlife area that covers part of the sea on the far south of Kenya’s coast, close to the border with Tanzania.

It is one of the most beautiful places I have been to, and was so good that I went twice, making the trips within a couple of weeks of each other.

A tropical island with white sands in a brilliant green sea.

Dolphins swim in the waters around Wasini and there is also an amazing coral reef.

The island is undeveloped and there are no roads or cars. The only way to reach it is by boat. From Shimoni on the mainland you can take a traditional Swahili dhow across to Wasini Island.

A famous restaurant on the island is Charlie Claw’s, which specialises in crab dishes. We ate crabs and lobster, which were served up on large wooden blocks. The shells of the large crabs had to be broken into with another wooden block. It was an adventurous meal.

The island has a coral ‘garden’, which is coral reef that has turned into rock. Once upon a time the sea covered the island, and this coral was alive underwater, part of the reef. With the retreat of the sea, the coral has died and formed this exposed ‘garden’ of rocks.

Mangroves grow everywhere around the coast of the island. We planted mangroves by dropping their seedlings vertically down into the water. Mangroves are one of the only trees that can live in salt water. Seedlings grow on the tree itself, and when mature drop down into the water.