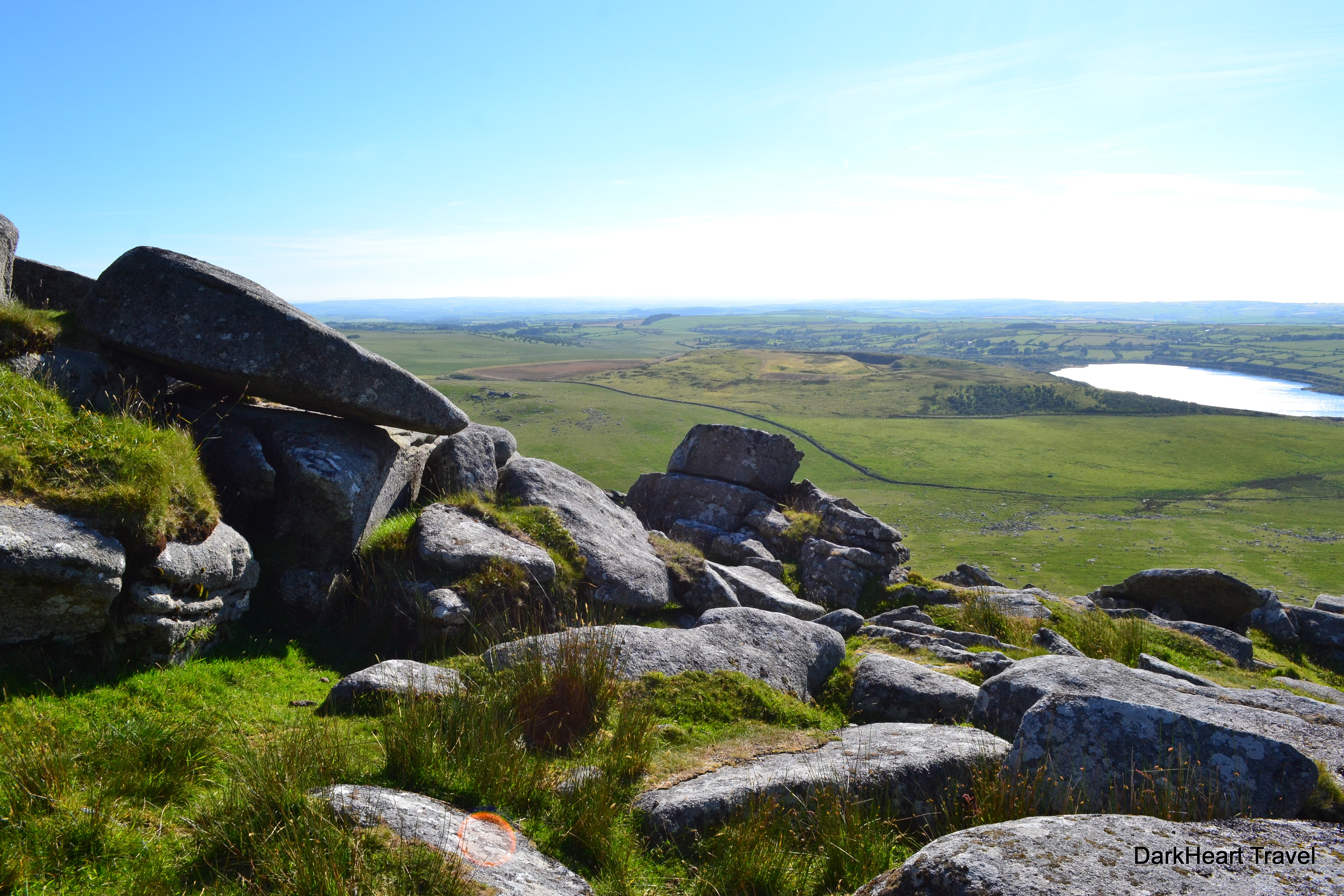 Rough Tor is the second highest point on Bodmin Moor, and in Cornwall. It’s a particularly striking and atmospheric feature of Bodmin Moor, as its rocky summit is topped with boulders piled up in a unique way.

Walking to Rough Tor involves crossing rough, boggy terrain among sheep, cattle, native ponies, and scattered pools reflecting the sky. The landscape around Rough Tor has an amazing number of ancient monuments. The remains of Iron Age houses can be found quite easily in the moorland, with their stones half-submerged in the grass.

There are also Bronze Age stone circles and cairns. Almost the whole range of human history can be seen on Bodmin Moor, with later sites on top of the ancient ones, demonstrating that Bodmin Moor has been a site of significant human habitation for over 10,000 years.

Around Rough Tor there are medieval field systems underlying the modern fields, and if you look carefully while walking you can spot subtle features in the landscape.

Sheep grazing on the moorland near Rough Tor, inside the remains of an Iron Age settlement.

The characteristic summit of Rough Tor, seen from a distance. Setting off on the walk to the tor, Rough Tor appears deceptively close and low, but it seems to take longer than expected to reach it, and the hill is more substantial than it looks.

When you reach the large rocky outcrop of Rough Tor itself, you need to climb up, finding a pathway between large rocks to approach the summit. Once I’d climbed up, I stood on top of some boulders and admired the spectacular view. It was very windy at the summit of Rough Tor, although it was a perfect day with a clear blue sky.

The peak of Rough Tor has boulders piled up in a strange and thought-provoking way. I loved Rough Tor as it’s a great place to be out in the open air, in the wilderness, surrounded by nature and history, but you don’t have to trek for long to reach the summit. I found it a very interesting walk, among the ruins of the past, the sheep with their lambs, and the curious rocks piled around across the landscape.

The panoramic views from the summit look out in different directions, towards a lake, over farmland, and further out over Bodmin Moor.