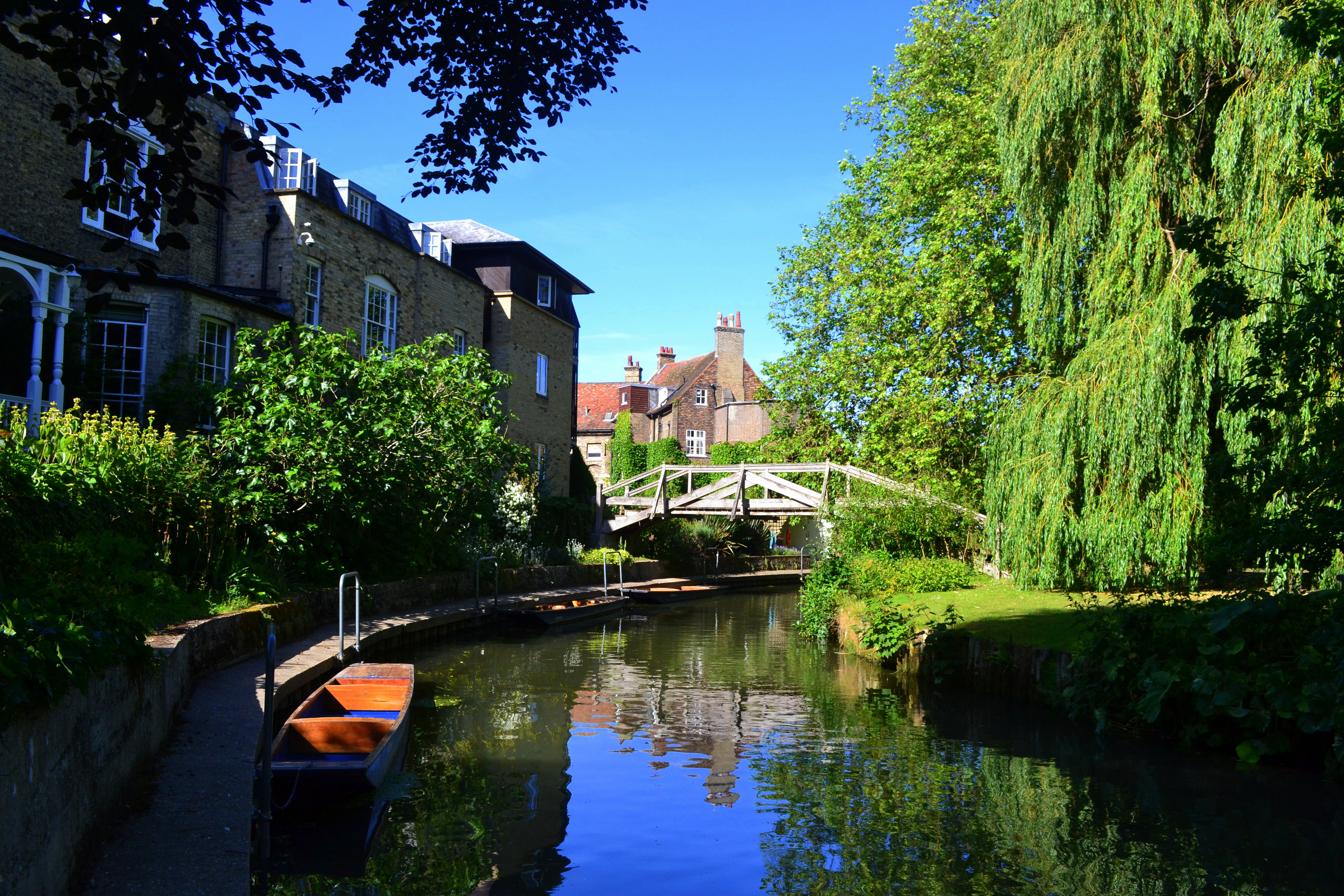 One of the newer colleges of the University of Cambridge, Darwin College nonetheless possesses old buildings, including this beautiful old granary on the banks of the River Cam.

An interesting fusion of modern and old buildings, Darwin’s real delight lies in its pretty and secluded riverside gardens.

The gardens are separated into alcoves that run down towards the river; each garden has its own lawn and dividing walls, flanked by lush flower beds.

The college has two islands, joined to the main site by bridges across the river.

The first island was hosting a student barbecue when I visited. The second, quieter island is dedicated to a wild flower meadow.

I met one of the college’s gardeners on my visit, who was very friendly and told me a bit about the grounds. We agreed that ‘tranquil’ was the most fitting word to describe the college site.

The gardens were very sheltered, sunny and peaceful. They have gateways to the riverbank and a little path runs along by the water’s edge.

Newnham Grange was originally a corn merchant’s house, perfectly placed next to the Old Granary and the river. The house and granary were bought by Charles Darwin’s son in 1885, and the property was lived in by the Darwin family until 1963. It was then sold by the widow of Darwin’s grandson (who was also called Charles Darwin), forming the centre of the embryonic Darwin College.

This walkway is covered with fig trees, their twisted branches climbing the wooden slats and forming an overhead canopy of green leaves.

A bridge over the River Cam.

This terrace is part of the Old Granary. Its wooden roof is hung with tiny fairy lights and the veranda windows are full of vines. The shady terrace looks directly out over the river and the Mill Pond, a public park where cattle graze and people picnic by the water’s edge.

Darwin is a college for graduates only, and has no undergraduate students. It was the first graduate college in the University, and also the first college to have men and women as both Fellows and students. Darwin was founded in 1964 by three other colleges, Trinity, St John’s and Gonville and Caius, a unique history that is commemorated by a nice plaque in the college’s entrance.

A small site cut through by the river, Darwin is a wonderful place to enjoy tranquil gardens and relax in a peaceful riverside setting, while still being in the heart of the city.