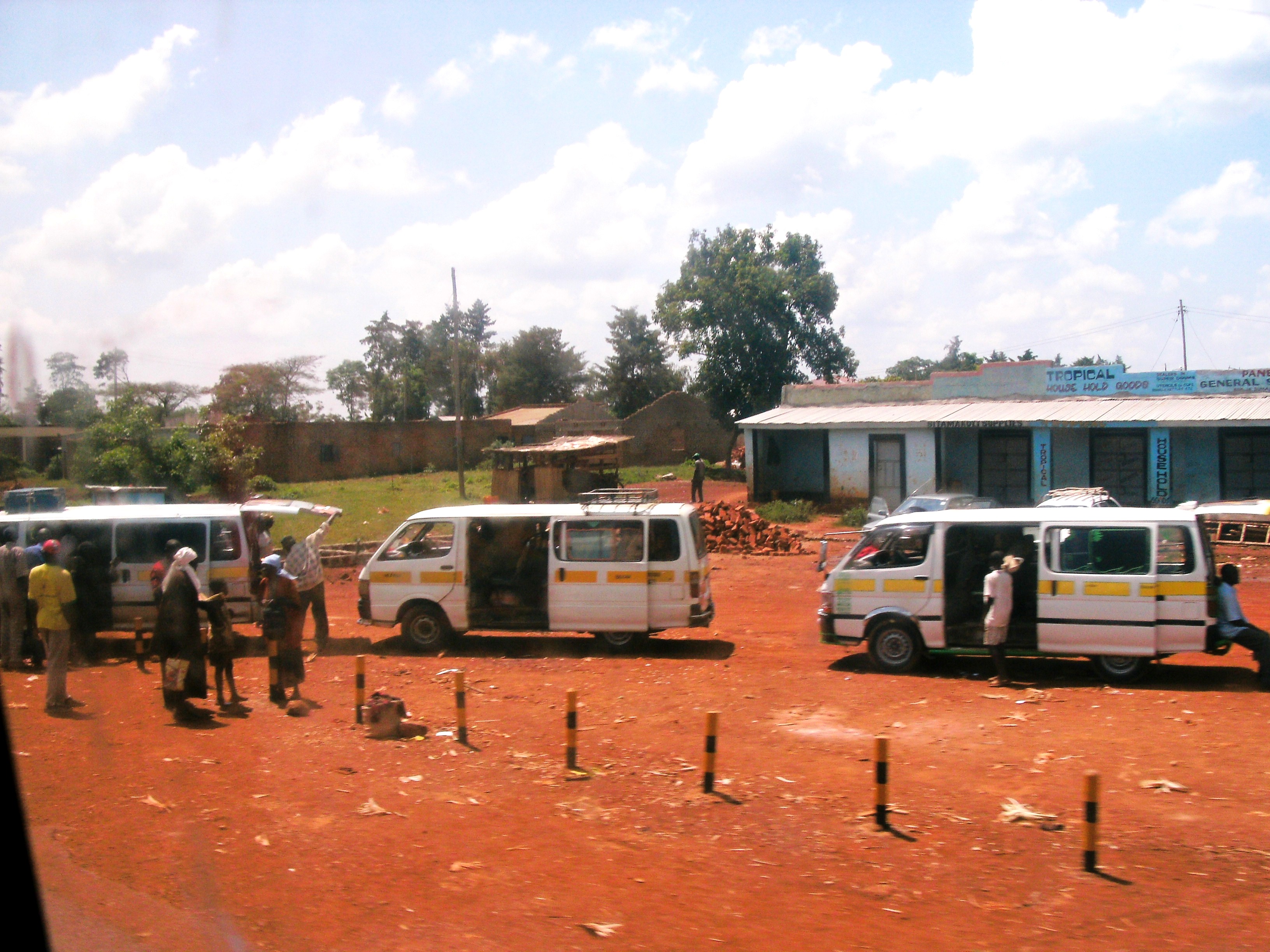 Last Sunday two things happened: there was a nationwide power cut across Kenya, and the rains finally arrived in (and flooded) Kitengela.  The internet has been down since last Saturday so I am really excited that today I can blog again!  It’s 4.25pm and I have just got back from school.
Last weekend was quite dull; Sophie and I tried hard not to die of boredom, as the family were away in Nakuru, there was no water at all, and then no electricity on Sunday, and very little food.  Plus we are not good at cooking without electricity or water, in fact we can barely even light the lantern!  On Saturday we went out to Nomads clubbing with Salome, and Colin, Sam and a woman joined us.  It was a really good night, and we came home about 1.30am.  The next day Salome left to go and visit her parents.  Antony phoned me to say he was going to take us to the Ostrich Farm to ride ostriches, but as the hours passed we waited and he never arrived!  For dinner that night we had a truly delicious meal of bread that we singed on the flame from the gas hob, ice cream, and vodka.  We were so very bored that we started drinking at 4pm.  Without water it is difficult to do so many things, you don’t even realise all the ways in which we use water, until it stops running.  The obvious things are that you can’t have a shower, wash your hands, have a drink, and the less obvious things are that you can’t wash any clothes (we don’t have many clothes and we need to wash each weekend), do the washing up, collect any drinking water to purify, or even flush the toilet.  Then the electricity went off as well, which meant we couldn’t listen to the radio, use the water purifier in the lounge, or have any light when the sun went down.  When Priscilla, David and everyone came back, Sophie and I had been sitting talking in the darkness, drinking vodka for such a long time that we couldn’t even remember when we’d started!

That was the night the rains hit, and it rained all night and all Monday.  Because Kitengela is just dust and mud and rubbish, the streets just turn to liquid mud in the rains.  The only place to walk on Monday was down the centre of the main road, which is slightly higher, and a lot more solid, than the rest of the ground.  It is very dangerous to walk there as this is where all the big trucks drive through on their way to Tanzania.  The matatu stage/depot was completely flooded, and the street down the post office was entirely underwater as well.  I waded through in my walking boots, once again being very glad that my mum made me bring them!  The electricity came back on Monday, but the water came back and went off again.  It’s really strange to think of there being a nationwide powercut, a whole country having no electricity for a day.  Just think of it for a moment, and you realise it could never happen in Britain.  Anyway it happened here, and I’m pretty sure the fact that the whole of Kenya was without electricity didn’t make it into any international news.

Since Sunday, I’ve been at school.  Francis the headteacher has decided that I now don’t have to take any big classes since I much prefer working with small groups of children.  Sophie told him this so I have her to thank for the change in my fortunes!  Yesterday I took two children, Benjamin and Catherine, to St. Therese Dispensary, a private medical centre in Kitengela.  They both have sores on their heads where they have been infected by a contagious fungal disease, so I got them seen by a doctor and given a course of antibiotics and ointment.  Catherine also had a fever so she had a blood test for malaria (she doesn’t have it) and some medication for that as well.  I waited at the Kobil petrol station for about two hours for Francis to come down from the school with the children.  He was definitely running on African time!  Luckily I saw Leah and Edwin, two other teachers who were also running on African time, as they were making their way to Nairobi.

This morning I went to see Sophie’s school, Kepiro Primary School.  The library that she and Jessica have made is fantastic!  It is painted blue with lots of sea animals drawn on it: an octopus, tropical fish, a turtle.  And they have lots of new books that Jessica bought and Sophie did all the organisation today.  Priscilla drove me back to my school at Korrompoi and then came to meet Benjamin and Ndolo, the two boys I am helping.  It was really good she got to meet them as now she will be able to go and see how they are doing when I am not here anymore.
On the way home, Ndolo, Serah (one of the teachers) and I got a lift in a private matatu van.  They were very keen to talk to me and didn’t charge us a fare.  I did some supply shopping for our trip tomorrow and then came to the internet cafe.  Sophie turned up a bit later, but both of us have to leave soon as sunset is approaching.
Tomorrow Sophie and I are starting our big exciting adventure into Western Kenya and Uganda!  We are leaving tomorrow morning to go to Nairobi and catch a long-distance matatu to Kericho, which is an old colonial town where the lifestyle is still orientated around the large, very green, tea plantations.  After that we are going to Kakamega to see the rainforest and we’re staying in the “budget Treetops”, a lodge in the forest itself!  The Kakamega rainforest is the only real piece of rainforest in Kenya, and is an isolated part of the central African rainforest, which stretches east from the Congo river.  Then we’re off to Kisumu, the third largest city in Kenya, which sits on the edge of Lake Victoria.  Then we are heading to the border town of Busia, and into Uganda!  Where we are going to stay in Jinja and from there travel to Bujagali Falls and see the source of the Nile!  We are both very excited and a little scared as Sophie is just as wildly adventurous and optimistic as me!
That’s all for now, I won’t be able to get online for a week now, but I will try to take lots of pictures.