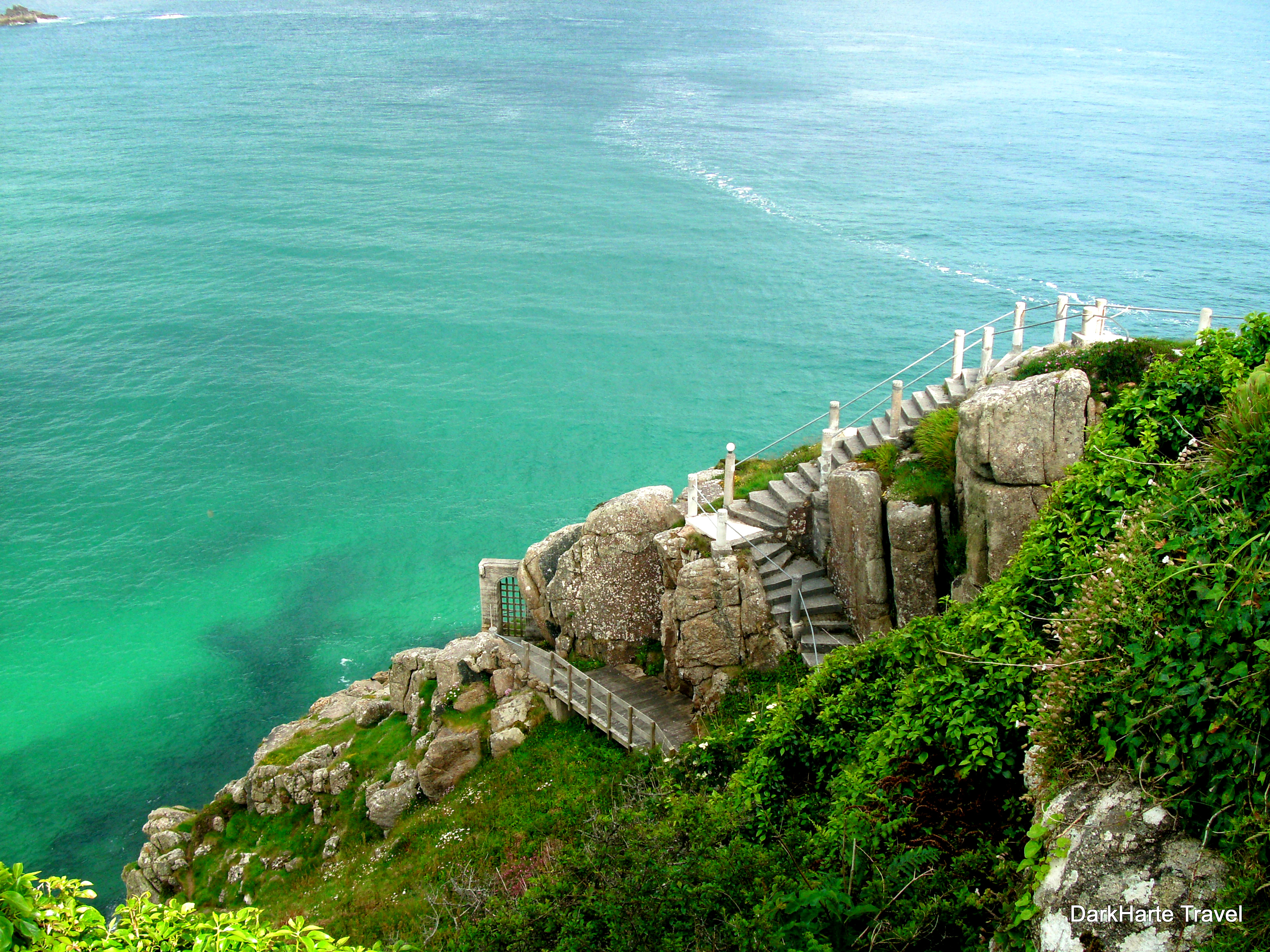 A couple of summers ago I visited south Cornwall, where we took some beautiful walks along the South West Coast Path.  Maintained by the National Trust and spanning 630 miles, the path connects walking trails through Dorset, Devon, Cornwall and Somerset.  The coast path follows picturesque and scenic routes along cliff tops and beside beaches and bays.

This is Porthcurno, a beautiful bay right on the toe of Cornwall.  It is only 3 miles away from Land’s End, the south-western edge of Britain.

There is a classical style open-air theatre cut into the cliff in white stone, perched on the precarious edge of the headland.  These steps show a path cut upwards through the cliff face to reach the theatre just behind the rock’s summit.  We arrived in the late afternoon and were surprised to see an evening performance about to begin, at this small end-of-the-world theatre on the cliff.

The sea was a brilliant clear green.  The water was transparent in the sunlight showing shoals of black seaweed.  We climbed down the steep and rocky cliff path, seeking the inviting sandy beach.