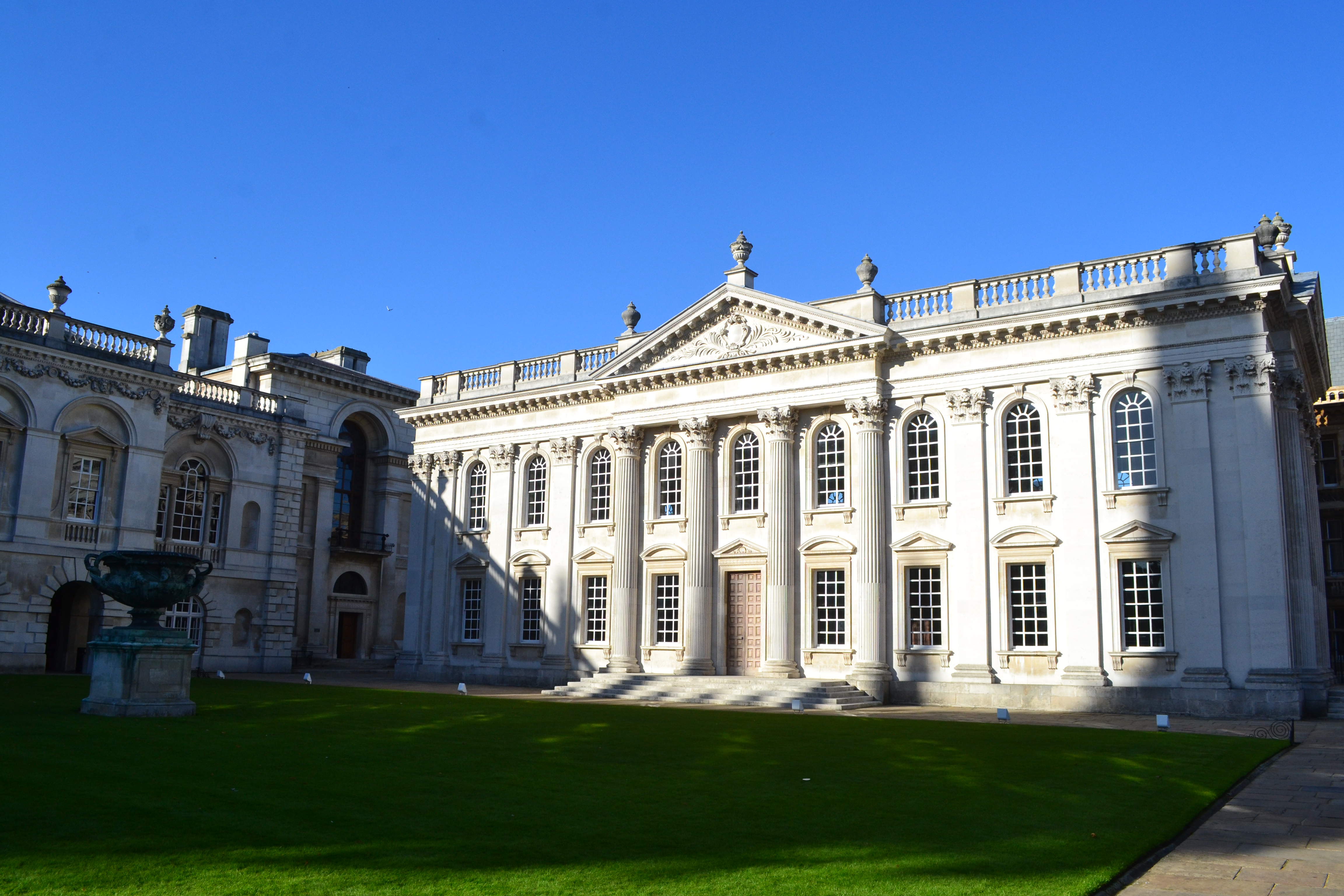 While walking in the city yesterday evening, I stumbled across a light show at Senate House.

Senate House lies in the old city centre of Cambridge. It stands between King’s and Caius, behind the market place and the University church of Great St Mary’s.

The Senate House provides an important function of the University, as graduations take place here.

Senate House is a neoclassical Georgian building with brilliant white columns. It is made of Portland Stone and was officially opened in 1730. The University’s Council of the Senate used to hold meetings here, but now the primary purpose of Senate House is for graduation ceremonies, known as Congregations.

These are photos from the display of light that ran on a long circuit for hours last night, and was an amazing spectacle. Unfortunately I only had my phone with me, and couldn’t capture all the varieties, but the images still give a good impression of what it was like.

The display was constantly moving, shifting from one pattern into another. It was beautiful to watch.

Student graduations take place college by college, inside Senate House. Students are awarded their degrees by their college’s praelector, on behalf of the University.

The 31 colleges of the University of Cambridge always proceed to Senate House for Congregations in the same order. The three royal colleges go first: King’s, Trinity and St John’s. The rest of the colleges then process according to the date of their foundation or the date they joined the University.

Here are images from other light shows that have taken place at Senate House:

This display was part of a light festival marking the 800 year anniversary of the University of Cambridge, in 2009. Image above: “CamLight” by McAnt – Own work. Licensed under CC BY-SA 3.0 via Wikimedia Commons – http://commons.wikimedia.org/wiki/File:CamLight.jpg#mediaviewer/File:CamLight.jpg

And below, lights at King’s: Copyright King’s College http://www.kings.cam.ac.uk/news/2010/kings-spotlight-800th-finale.html