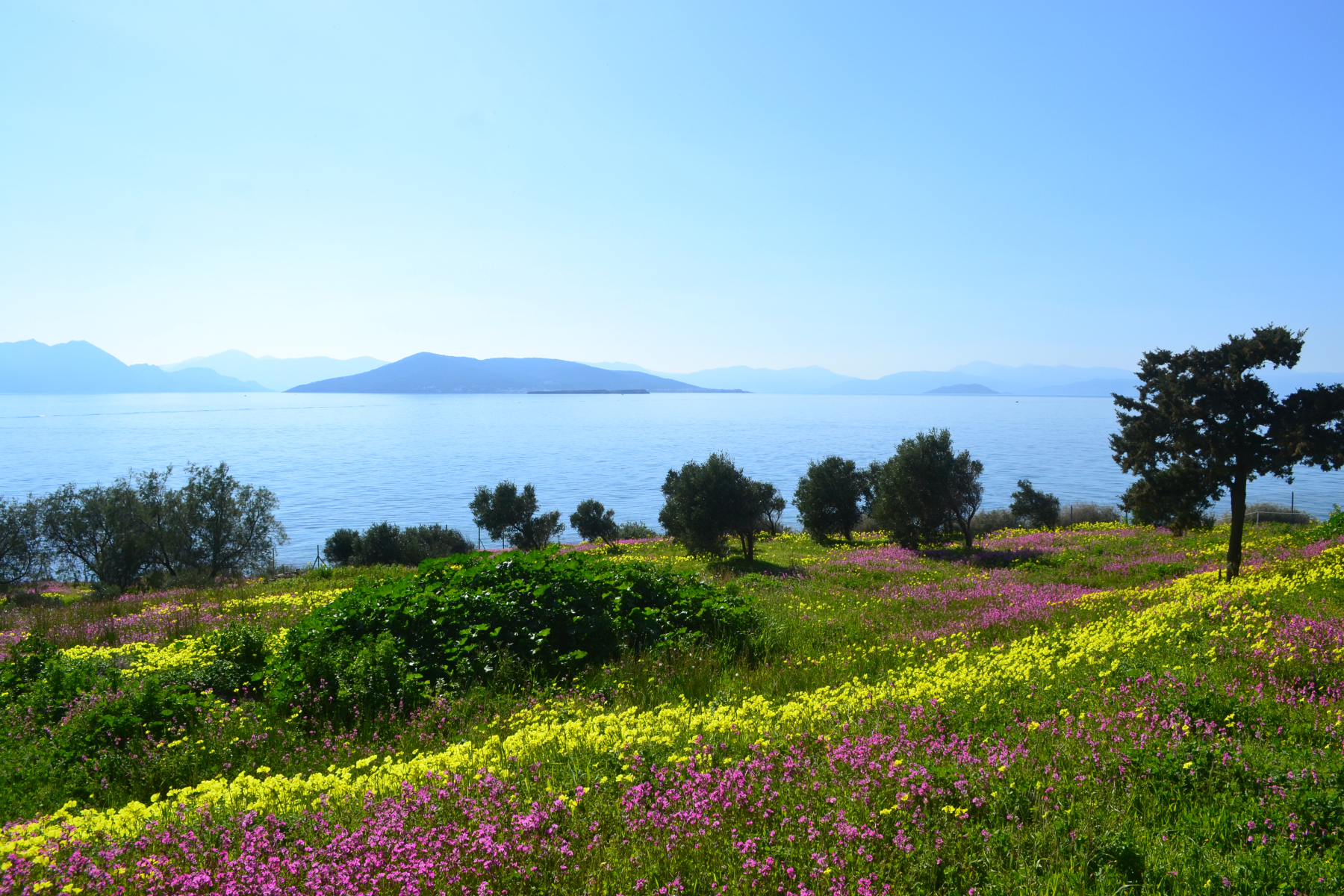 Aegina is easily accessible from Athens — just an hour away — but the island feels like a different world from the capital.

Aegina is a small island, without many tourists. It’s popular with locals on public holidays, as Athenians make the journey south to the island for peace and quiet away from the capital. But Aegina has never seen mass foreign tourism, and remains delightfully Greek.

From wild beaches, ancient ruins and pistachio groves, to the sleepy harbour, traditional fish market and splendid Orthodox churches — Aegina is a wonderful island that’s perfect for getting away from it all.

The colour of the sea off Aegina is a dazzling blue-green even in winter. When I visited the island in February, I was treated to days of glorious warm sunshine. Daylight hours were short, and the air was chilly in the early mornings and in the evenings, but for the hours in the middle of the day it was like summer.

Spring arrives in southern Greece in late February, and the islands burst into green life. In Aegina, the meadows around the Temple of Apollo come alive with vast swathes of beautiful wildflowers.

These wildflower meadows are scattered with ancient ruins and overlook the ocean. You can gaze out across the sea to other islands, through the hazy sky to the blue horizon.

The beauty is intense and the sea glitters.

Being so close to Athens, Aegina is an island that’s accessible even in winter — with multiple ferries running each day between the port of Pireaus on the mainland and Aegina town.

From Aegina town, the view east looks towards the blue mountains of the interior. The impressive Temple of Aphaia lies on the island’s eastern coast. This Doric temple dates from 500 BC and was culturally important in the ancient world. It’s also among the best-preserved Ancient Greek remains anywhere in the world.

How to get to Aegina

From Athens, take the suburban rail line to Pireaus, the major port town. From there you can take a ferry to Aegina. Several companies operate ferry services but the main difference is between fast ferries or catamarans which make the crossing in 40 mins, and slow ferries which take 1 hour. I chose the slow ferry and enjoyed my journey. The sea was smooth and the ferry comfortable and relaxing.

You can see timetables and book tickets online. It’s also easy to buy tickets in person at Pireaus and Aegina Town. At Pireaus, exit the station to the left and there’s a ticket office across the road. On Aegina, there are ticket booths at the quayside where the ferries dock.

One thought on “The Greek island of Aegina: wildflowers, beaches and 4,000 years of history”