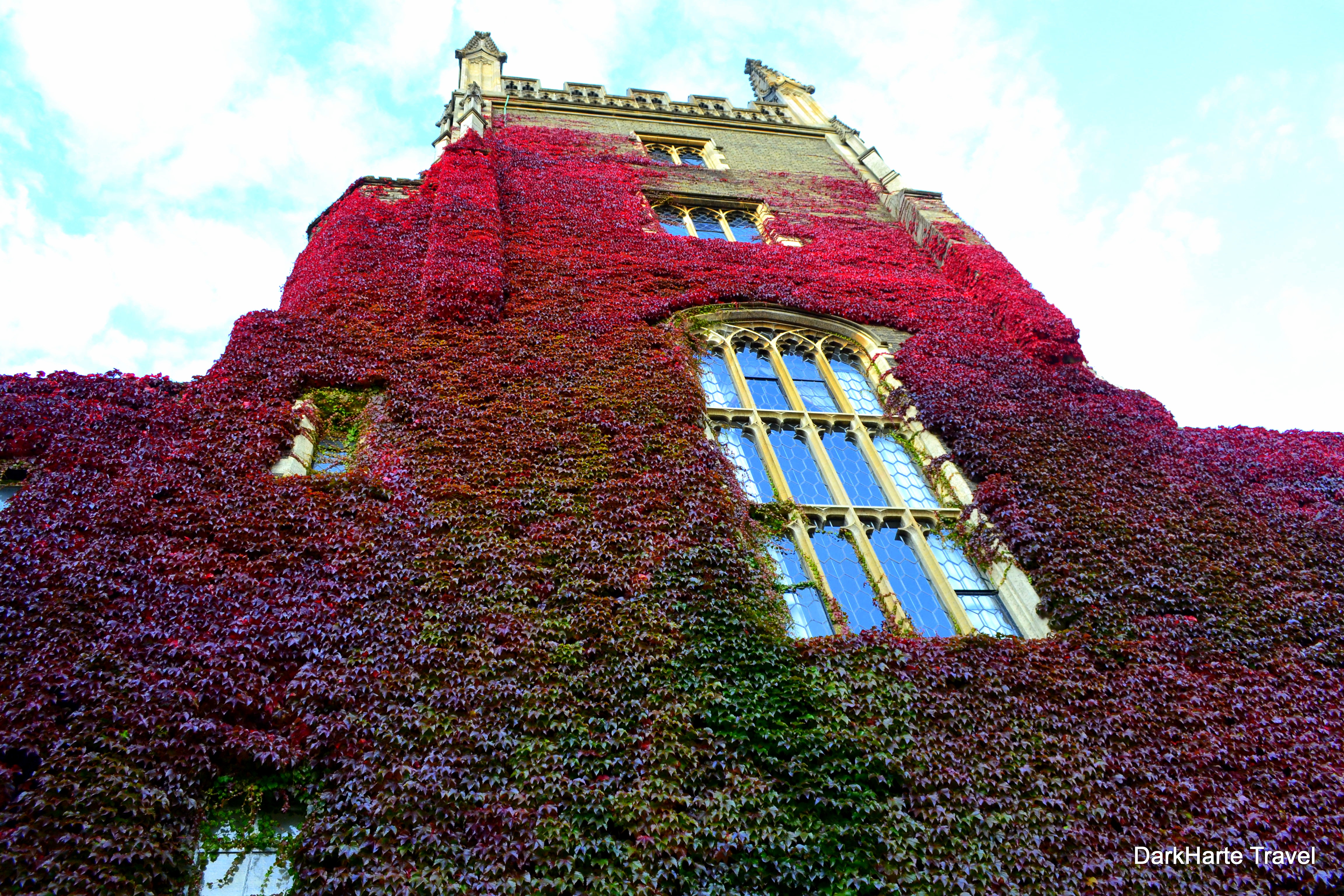 The Pitt Building on Trumpington Street in Cambridge has been the headquarters of Cambridge University Press for over a hundred years.

The back of the building is covered with Virginia creeper and is one of the best places in the city to observe the colour change into autumn as the foliage changes from green to red.

I visited and photographed the Pitt Building from the courtyard behind it in Mill Lane, on two occasions about a week apart. In the space of that week most of the leaves on the Virginia creeper had changed from a bright green to a brilliant rich red.

Here are another set of photos taken from similar positions and showing the colour change that takes place in September.

Cambridge University Press is the oldest publishing house in the world.

The building was constructed in 1831 in honour of William Pitt the Younger, a student of neighbouring Pembroke College who later became prime minister.

The sun was close to setting, and cast a glowing, slanted light on the red Virginia creeper on the back of the building.

Some of the windows were almost obscured by Virginia creeper, which was growing over the window panes in furls of colourful leaves.