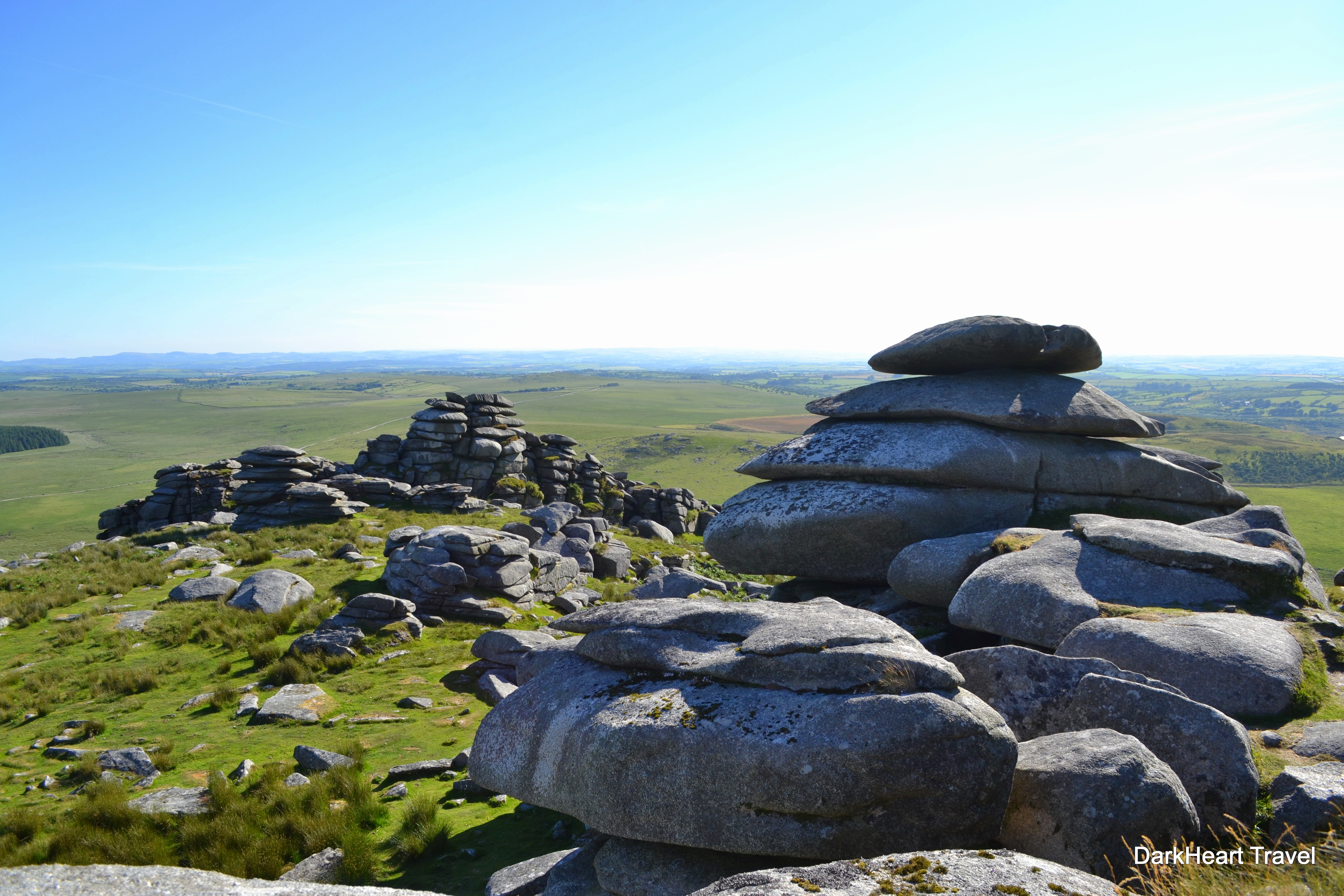 The ancient landscape of Bodmin Moor has been occupied for over 10,000 years. While walking over the moorland you can find the remains of Bronze Age settlements fairly easily, as the stones of round houses are half-submerged in grass. Archeological evidence has shown that Mesolithic hunter gatherers and Neolithic early farmers also occupied this part of Cornwall.

The above photo shows the remains of a Bronze Age house, with Rough Tor in the background.

Bodmin Moor is a romantic but very changeable landscape. On the high moorland the weather can be the opposite to how it is on the coast.

As well as rough, boggy moorland terrain scattered with tors, Bodmin Moor also has forested valleys with clear, cold streams. You can walk through this ancient woodland at places like Golitha Falls, a nature reserve around the River Fowey.

More modern additions to the landscape can be seen in the Victorian engine houses around mining villages like Minions. I think the ruined and abandoned engine houses complement the atmospheric moor.

The ancient landscape around Minions encompasses the stone circles known as the Hurlers. When I walked to the Hurlers, black and white striped Belted Galloway cattle were using the monoliths as rubbing posts.

Jamaica Inn lies on the road through Bodmin Moor. It’s a large tavern made of grey stone, set in the midst of moorland scenery. It’s still a hotel you can stay in, and as well as honouring Daphne du Maurier’s novel of the same name, Jamaica Inn has a museum dedicated to Cornish smuggling.

One of the most striking features of Bodmin Moor is Rough Tor, a hill whose summit is topped with boulders piled up in a strange and thought-provoking way. As the second highest point on Bodmin Moor, climbing Rough Tor gives a great view over the surrounding countryside.