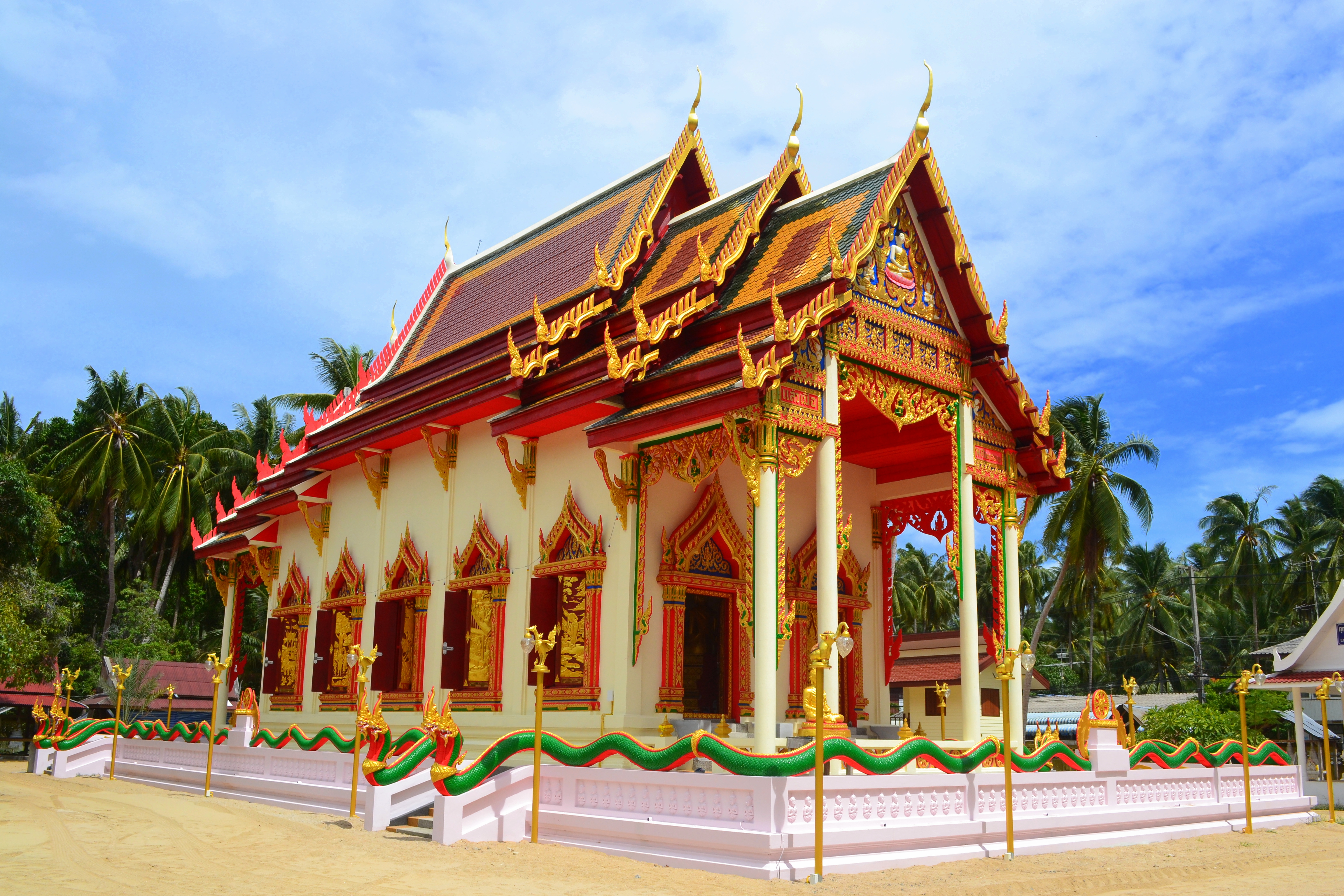 I’m currently staying on the island of Ko Samui. We’re on the quiet side of the island, in a small fishing village called Taling Ngam. The village has a beautiful temple called Wat Kiri Wongkaram.

It’s a Buddhist temple, and is incredibly brightly coloured and well-maintained. It’s kept in immaculate condition, with even the sandy ground around it being regularly swept.

The inside is beautiful and very colourful too. It’s being painted, and will in time show more scenes like this wall behind the golden Buddha statue.

The ornate temple building stands on a plinth, wrapped around by a green and red snake-like body with triple dragon heads.

The colours in the bright sunlight are just amazing. I saw many incredibly colourful temples on the drive across country from Phuket; this is just one of them, and one in a small village at that.

The temple is a whole community, and provides a living for monks, alms for poor local people, and employment for skilled craftsmen and women, such as those decorating the temple’s inner walls.

There is a circuit of shrines and tombs around the periphery of the temple. One of these shrines holds the mummified body of a monk. This monk lived and worked in Taling Ngam, becoming the principal of the temple, and was mummified when he died in 1979. His body is on display in a glass case.