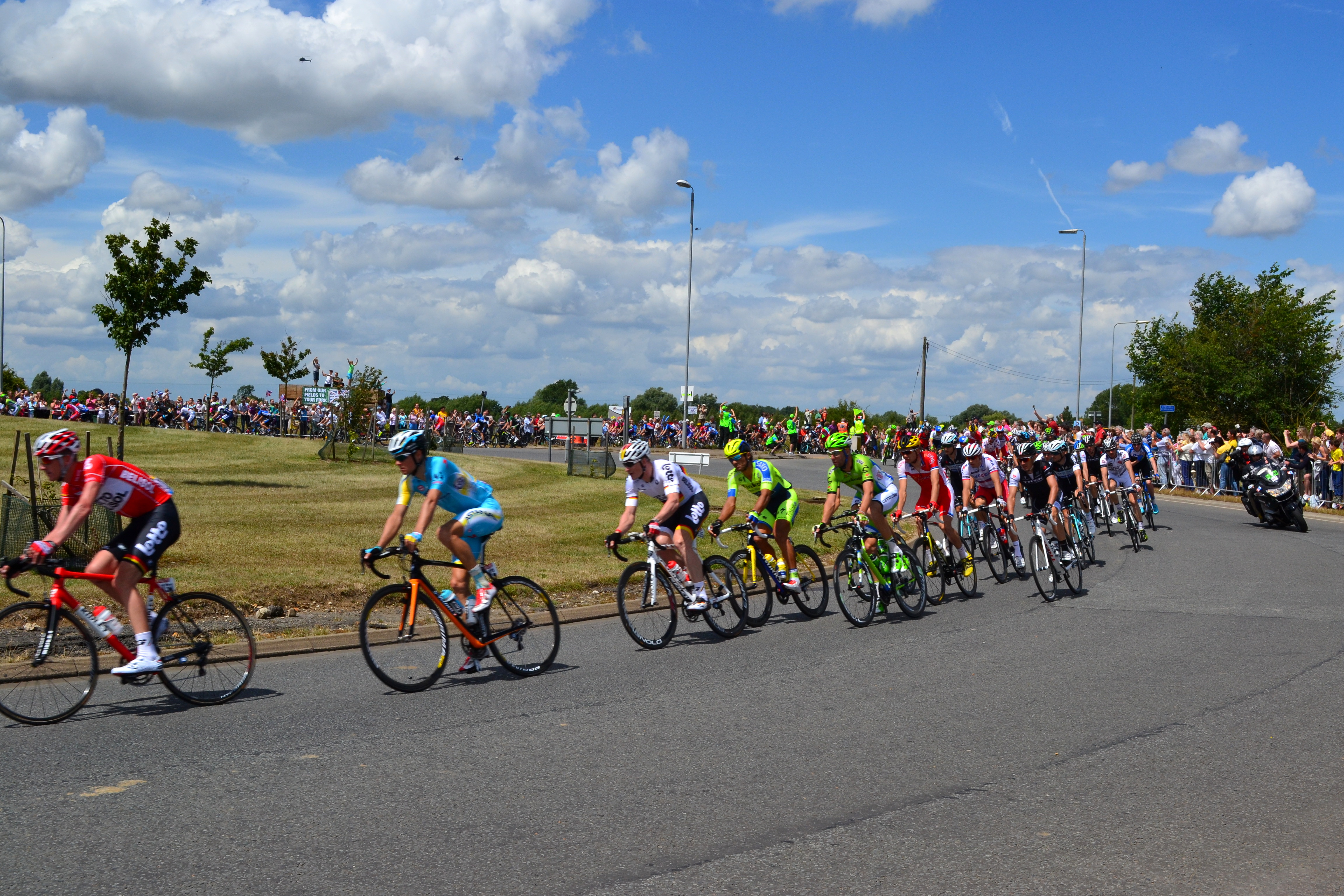 The Tour de France runs through Cambridge this year, on one of the stages of the race that is set in Britain. The Tour started in Yorkshire on Saturday 5th July, and today I went out to see the race as it passed through Cambridgeshire.

Stage 3 of the Tour de France 2014 started off at Parker’s Piece in Cambridge, and the cyclists then race through the summer countryside to London, and the finish line in Westminster.

We walked down a closed road and stood at the side of a roundabout outside the village of Sawston, and waited for the cyclists to come past.

First came the promotional cavalcade, police and gendarmerie nationale in cars and on motorbikes.

Sponsors of the Tour with promotional vehicles drive well ahead of the cyclists.

This is the crowd waiting at the roundabout, along the Stage 3 route of the Tour de France 2014.

After three hours, the first cyclists in the race arrive at the roundabout, and split to either side.

The two streams of cyclists converge neatly at the other side of the roundabout, and set off through the fields towards London.

Four helicopters fly above the racing cyclists.  The cyclists speed past us in 7 seconds, and then it is all over where we watch.

Behind the bikes come support cars, like this one below carrying spare racing bikes.

This is the basic route map of today’s stage of the race.  I was watching between Great Shelford and Duxford.

The riders had only been cycling for half an hour since their start in the city of Cambridge, so they had not had time to spread out yet and were cycling in a body of cyclists, and going steadily, pacing themselves at this point.

The cyclists passed me in south Cambridgeshire at 12:44 and were in London by 15:30, and speeding towards the finish line in Westminster.  It was sunny in Cambridgeshire but the cyclists met rain when they entered London, making the streets very wet for the sprint to the finish.