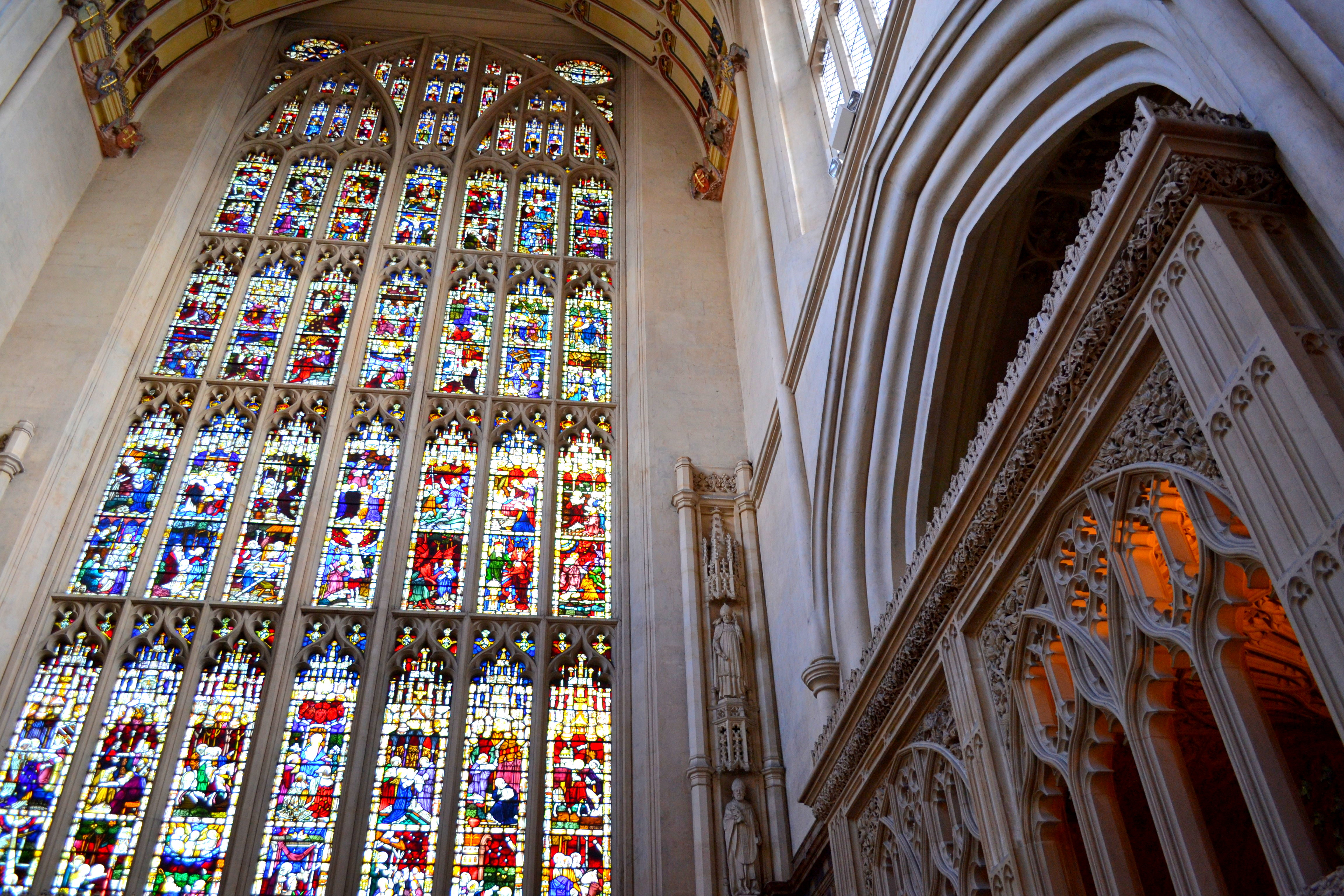 A former Benedictine monastery founded in the 7th century, Bath Abbey is an impressive cathedral in the centre of Bath.

Its full title is the Abbey Church of Saint Peter and Saint Paul, Bath, but is more commonly known as Bath Abbey.

Bath Abbey lies close to the Roman Baths, and when walking around the Great Bath you can see the Abbey dominating the skyline to the north east.

Views of the Abbey, as seen from the Roman Baths:

The interior of Bath Abbey is also quite striking.

Noticeable characteristics of Bath Abbey are the brilliant white stone architecture, and bright stained-glass windows.  The windows are beautiful and colourful, telling Biblical stories across the span of their panels – yet they also let in a large amount of light that keeps the cathedral interior bright and airy.