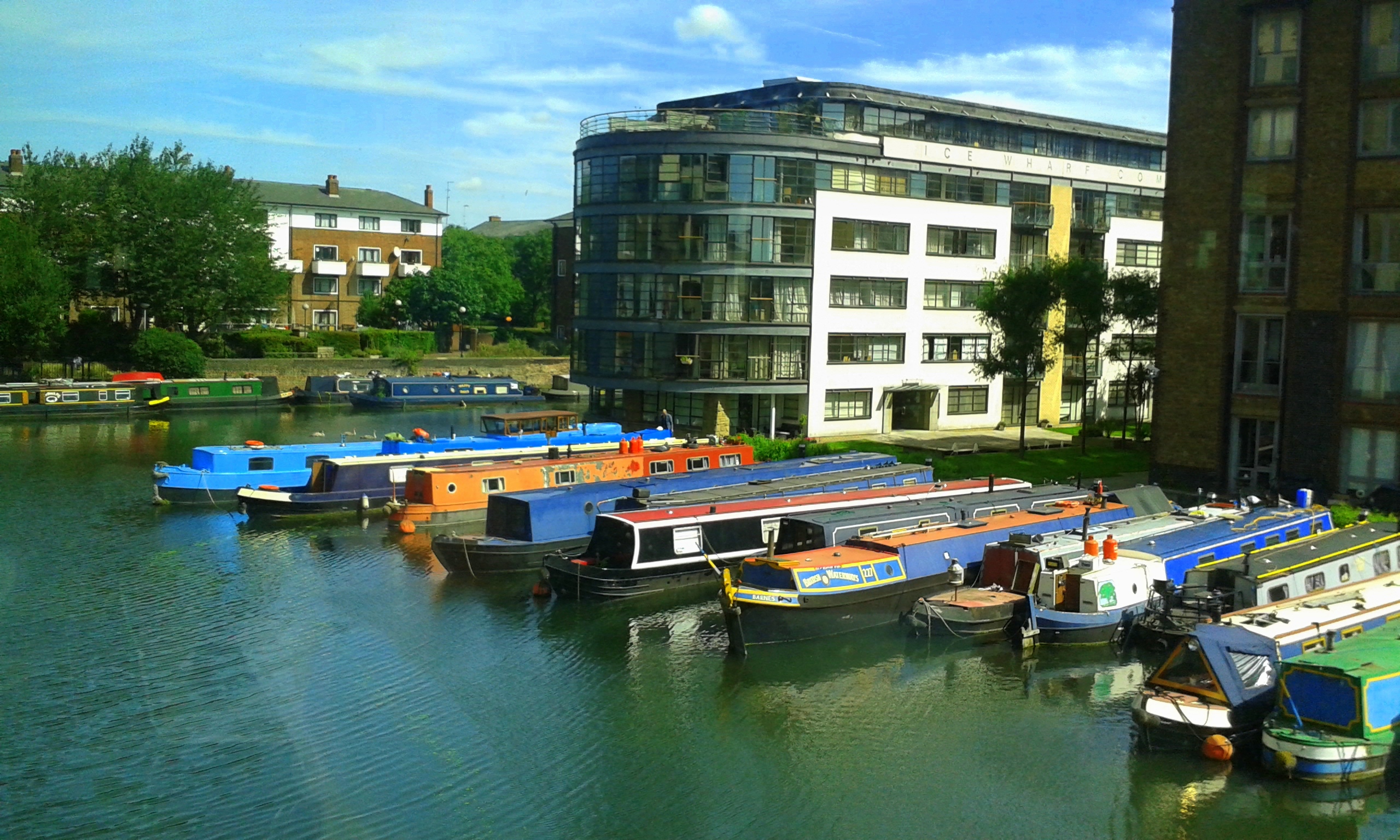 Regent’s Canal in London runs through the heart of the King’s Cross area of the city. I stumbled across the canal at the weekend, on my way to the Guardian offices. Although only a stone’s throw from the busy hub of King’s Cross station, the canal forms an amazing nine mile waterway through London.

The canal was picturesque in the sunshine, with the many colourful narrow boats setting off the blue of the water and sky.

The whole area of King’s Cross is currently being regenerated, and Regent’s Canal will become an important part of the neighbourhood again, as it was in its industrial heyday.

Colourful narrow boats are moored along the edge of the canal, in front of attractive new high-rise flats.

To reach the London canal, exit King’s Cross station from the right-hand side near St Pancras, and turn onto the (pedestrianised) road that leads up to the right, beside the railway lines. Keep walking along until you come to the top of the road, and then turn right over the canal. A viewing platform has also recently been constructed near the station lines.