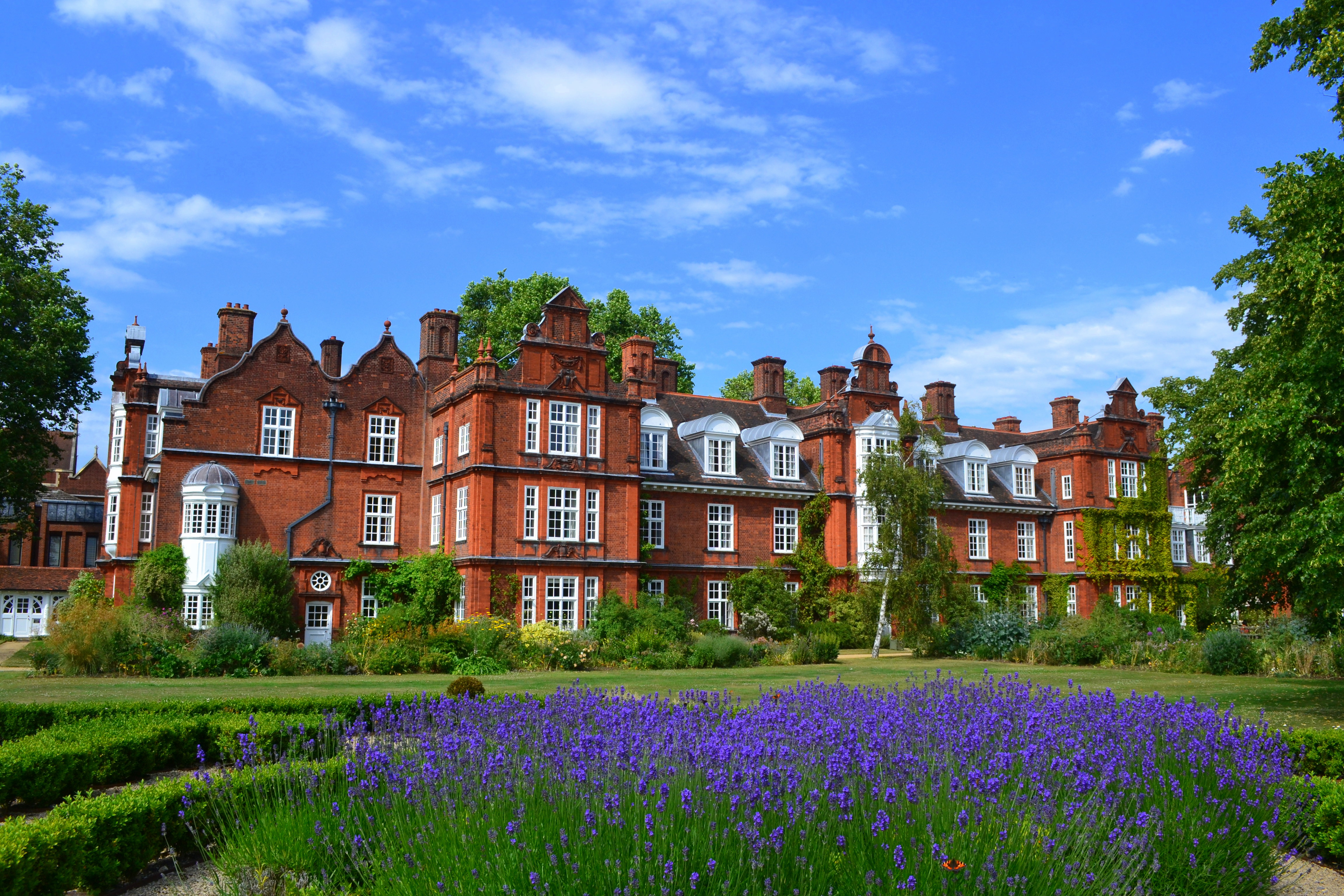 An incredibly photogenic college, Newnham lies a little way off the beaten track.

Newnham College was founded in 1871 by Henry Sidgwick, as Cambridge University’s second college for women. The first women’s college in Cambridge was Girton College, which was founded two years earlier.

In Cambridge, Newnham is both the name of a college, and an area of the city, outlined by the boundary of a political ward. Newnham College was named after the city ward in which it is located.

The city precinct of Newnham was once a village on the outskirts of Cambridge, and retains its village-like feel today. It is a particularly pleasant part of Cambridge, with a large number of parks and college playing fields.

The River Cam runs through the southern portion of Newnham as it makes its way through river meadows towards the village of Grantchester. The area of Newnham in Cambridge was recently rated the best place to live in the UK by The Sunday Times.

Newnham College has a great number of famous former students. Some of them are: writer Sylvia Plath; primatologist Jane Goodall, well-known for working with chimpanzees; Rosalind Franklin who was instrumental in the discovery of the double helix of DNA; actress Emma Thompson, and classicist Mary Beard.

Wandering around the college’s beautiful grounds, several differences strike the visitor about Newnham College compared to other colleges.

The layouts of late nineteenth century women’s colleges like Newnham and Girton are very different to those of colleges established much earlier, and initially designed with only men in mind, for example Corpus Christi and Pembroke.

For a start, Newnham College was founded slightly outside of the city (though not as far away as Girton College) to discourage fraternising between male and female undergraduates. This aspect was probably considered a safety feature by patriarchs sending their daughters to Cambridge to be educated, knowing that their college would be out of the way, so the young women were unlikely to be hassled by either their male peers or people of the town.

A second interesting feature of Newnham College is that the college feels introspective. College buildings stand around the outside, facing inwards, with the grounds in the middle. This is actually a very pleasant design, as the gardens become a major feature of the college; they are not tucked away somewhere round the back of the buildings, but are the heart of the college.

The gardens at Newnham are visible from every window on the inward-facing side of the college. However, despite the pleasant effect, one senses the idea behind it was to have the college buildings as guardians, large Victorian red-brick edifices placed there to segregate young women from the world.

Thinking about medieval colleges like Corpus Christi and Pembroke, whose intake before the later twentieth century was purely men, they are much more integrated with the city itself. Their locations were sited as centrally as possible, and their design is of open courtyards, connecting to each other, but also to the streets outside. Today you can still wander into them easily off the street, as one could in medieval times, while Newnham College takes a bit more navigating to find from the city centre.

Other women’s colleges in Cambridge (such as Lucy Cavendish and Murray Edwards) were founded much later, so by then society had moved on considerably from the time when Girton and Newnham Colleges were first built. The more modern women’s colleges do not share these aspects of build, and the designs of Girton and Newnham are an interesting insight into nineteenth century mindset, culture and society.

I really enjoy visiting Newnham College, and strongly recommend visiting, if you can. Both Newnham and Girton Colleges have outstanding late Victorian architecture, set off beautifully by spectacular and extensive gardens.

Newnham College is quieter than Girton College, as Girton has the disadvantage of being on a busy road. Newnham is also easier to get to if you’re coming from the city centre or the rail station.

Unlike Girton College, Newnham College still only admits female students. Although it is a single-sex academic community, male friends and guests are welcome.

Newnham College is a medium-sized college in terms of population, with nearly 500 students and 70 academics. It admits both undergraduate and graduate students, and is the only undergraduate college whose academic Fellows are all female.