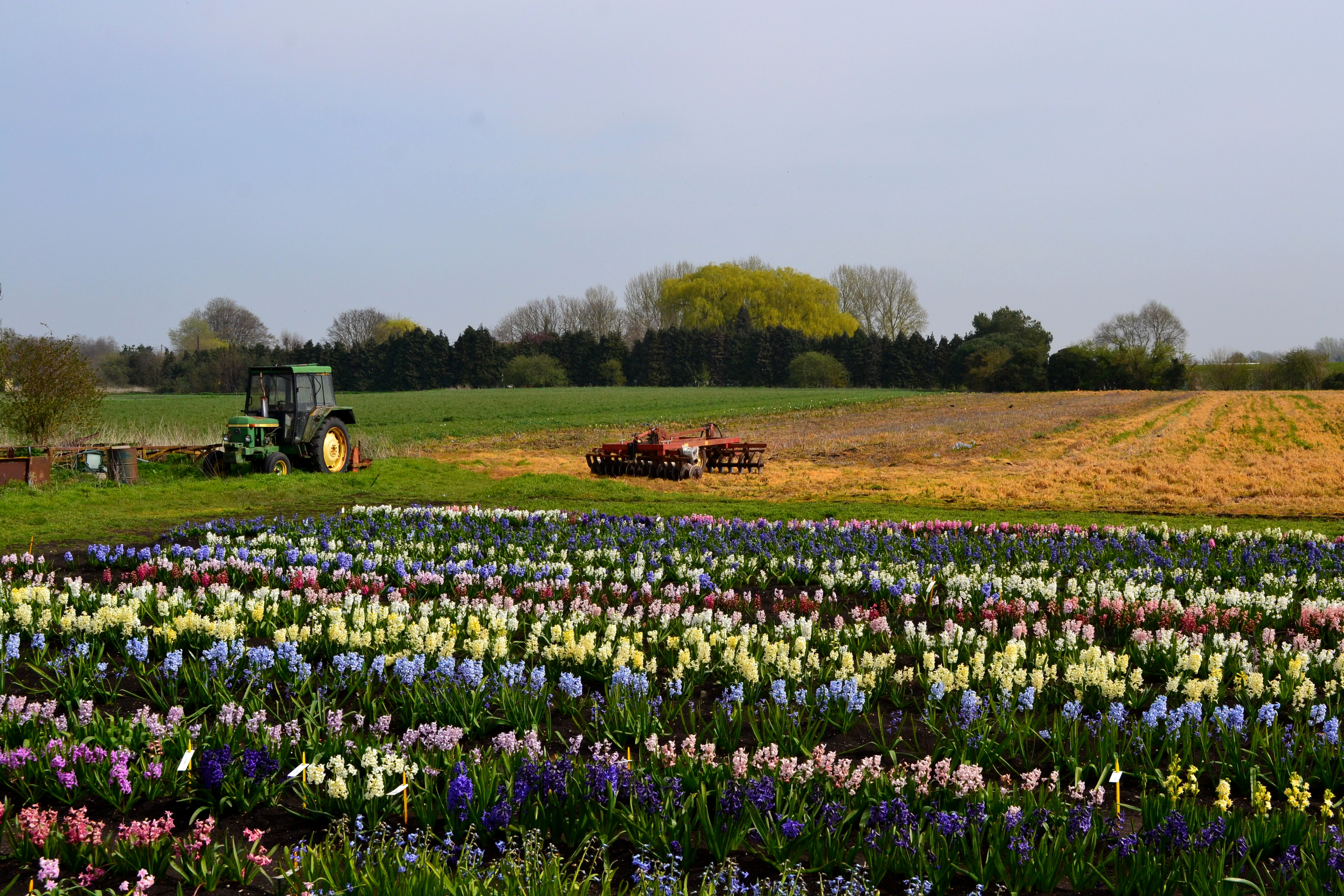 For Mothers’ Day we visited fields of rare hyacinths, grown in Waterbeach.  The fields north of Cambridge become Fenland, with rich fertile black soil and flat land.  This region was marsh, drained and reclaimed during the seventeenth century.  It is still low-lying and intersected by rivers and streams, with roads raised up above the level of the original marsh.

The farm lies between the rail line to London and the River Cam.

The river is divided here by a weir and a lock.  This happens when the river goes downhill, and the weir is a way to control the flow of the river to avoid rapids.  For those of you who don’t know, a lock is a section of canal where one gate is opened for a boat to go in, and the level of water in the lock is raised up or down, then the second gate opened so the boat can drive out, at the level of the river on the other side.  It makes these parts of the river navigable.