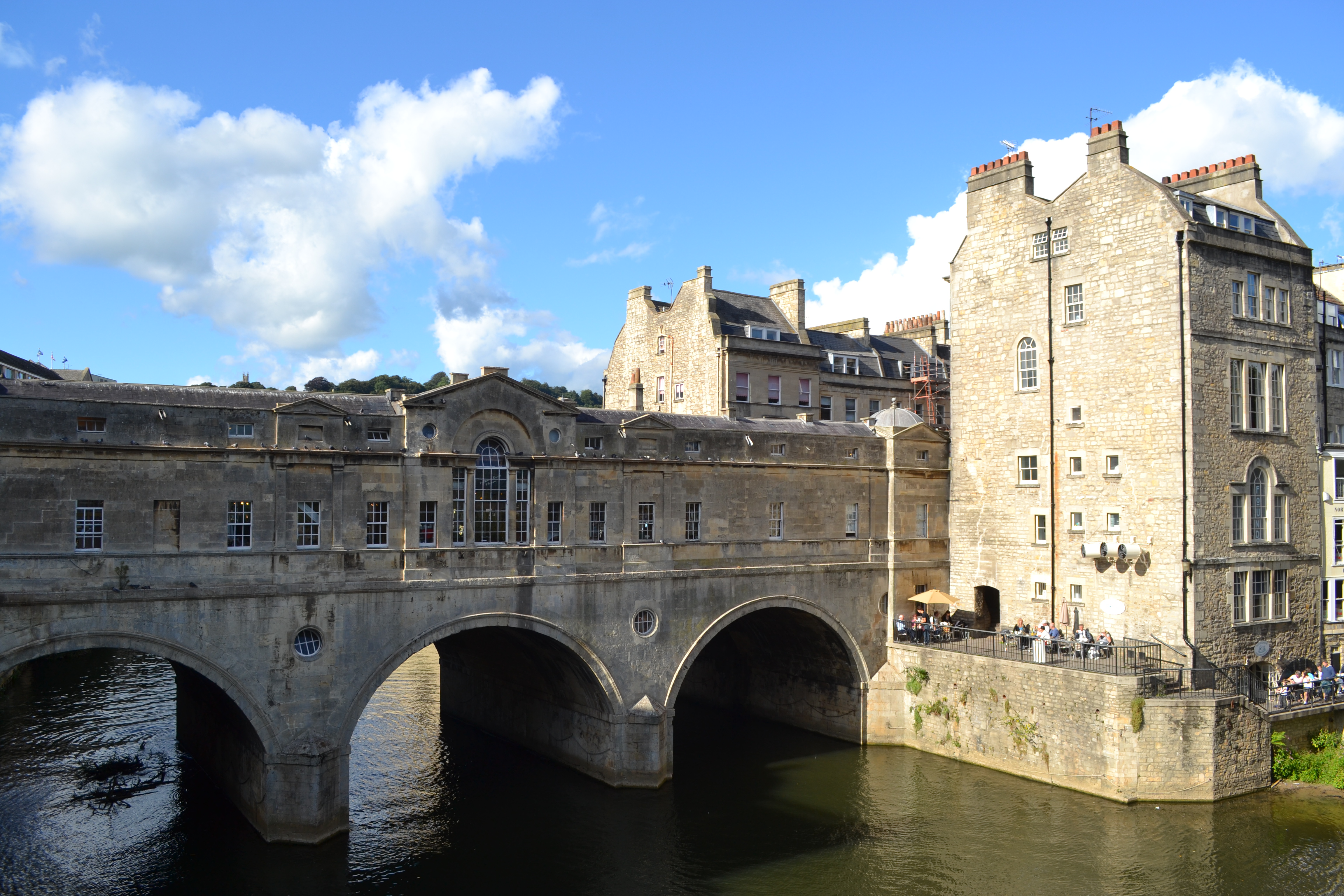 Bath is a picturesque city with famous Georgian architecture and Roman baths.  It is a spa city, built on a natural spring.

Notable sights of Bath include the Roman baths, Bath Abbey, the Pulteney bridge, the Circus and the Royal Crescent.  Here are some photos taken as I wandered around the city.

The rotunda design above and the many neo-classical columns are noticeable features of ordinary buildings in the centre of Bath.

This is the old pumping house for the Roman Baths.

The front of the Abbey, across a wet plaza.

A boat turns in the River Avon, in front of the weir.

The famous Pulteney Bridge in Bath.  This beautiful bridge spans the River Avon, and was built in 1774.  It is one of only four bridges in the world today that has shops running its length on both sides (like the old London Bridge).

Designed by architect John Wood, and completed by his son, the Circus was inspired by the Colosseum in Rome.

This grey phone box was one of 70,000 constructed to celebrate the Jubilee of King George V.  Although the red phone box is now traditional and iconic, originally it caused an outcry as being too bright, and this grey with red bar detail was chosen for places of beauty like Bath.  This particular phone box survived the blitz and was restored in 2012.

Bath’s Royal Crescent.  Unfortunately there was scaffolding up for repair work on the Royal Crescent when I visited it, but the wide panorama of cream-coloured Georgian architecture still looked excellent spread out beneath a blue September sky.

These public flower gardens lie further down the hillside, beneath the lawn of the Royal Crescent.

You can see a panoramic photograph of the Royal Crescent here: