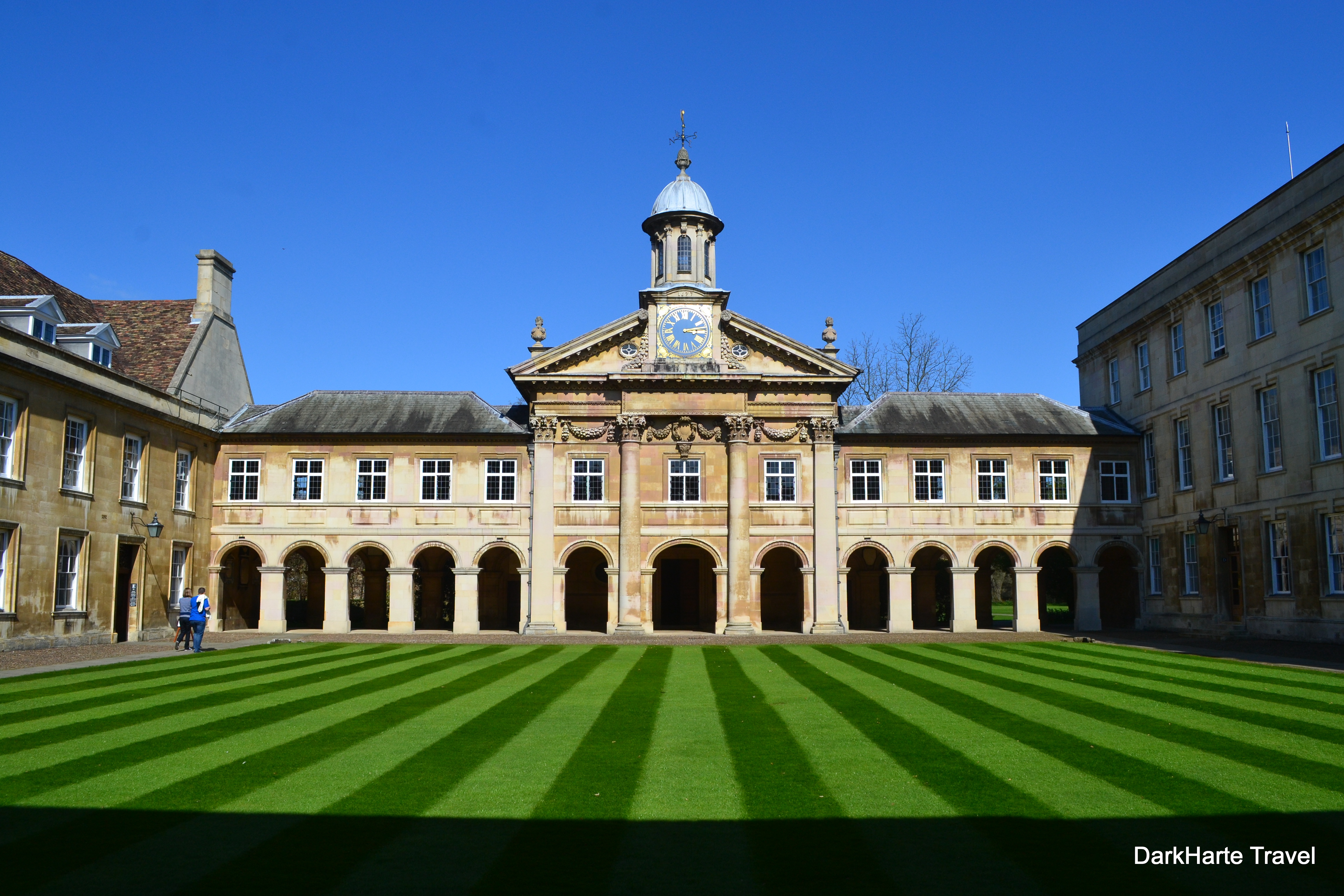 Founded by the Chancellor of the Exchequer in the time of Elizabeth I, Emmanuel College was originally intended as a home for Puritan beliefs.

Today Emmanuel is known for its striped formal lawn in Front Court, its Wren chapel (one of only two in Cambridge), its swimming pool, and beautiful large paddock with a pond full of Koi carp that is also home to many ducks and moorhens.

Emmanuel has a few interesting and notable trees. A rare oriental plane tree stands in the Fellows’ Garden. It has impressive large branches, with joints and twists so heavy that they lie on the ground.

Another tree has a trunk like the inside of a carrot, and a third looks like an elephant’s foot.

In the summer, tennis courts are mown into the grass on the Paddock. The Paddock is a very old piece of land: there was a paddock here when the site of Emmanuel was a medieval priory. The pond today lies where the Dominican friars used to have their fishpond.

One of the most famous alumni of Emmanuel College is John Harvard, the namesake of Harvard University. There are strong links between Emmanuel and Harvard to this day, including special scholarships and exchange programmes for students of the two institutions.

Harvard University, the oldest college in the United States, was based on the model of Emmanuel College. John Harvard is depicted in one of the stained glass windows in Emmanuel’s chapel.

The Paddock is a wonderful place to sit and picnic in the summer time. The grounds are open to the public, except during exam periods when the college is closed.

Emmanuel College is located on St Andrew’s Street, close to the bus station, post office and the Grand Arcade, does not charge a fee to visit and is generally open.