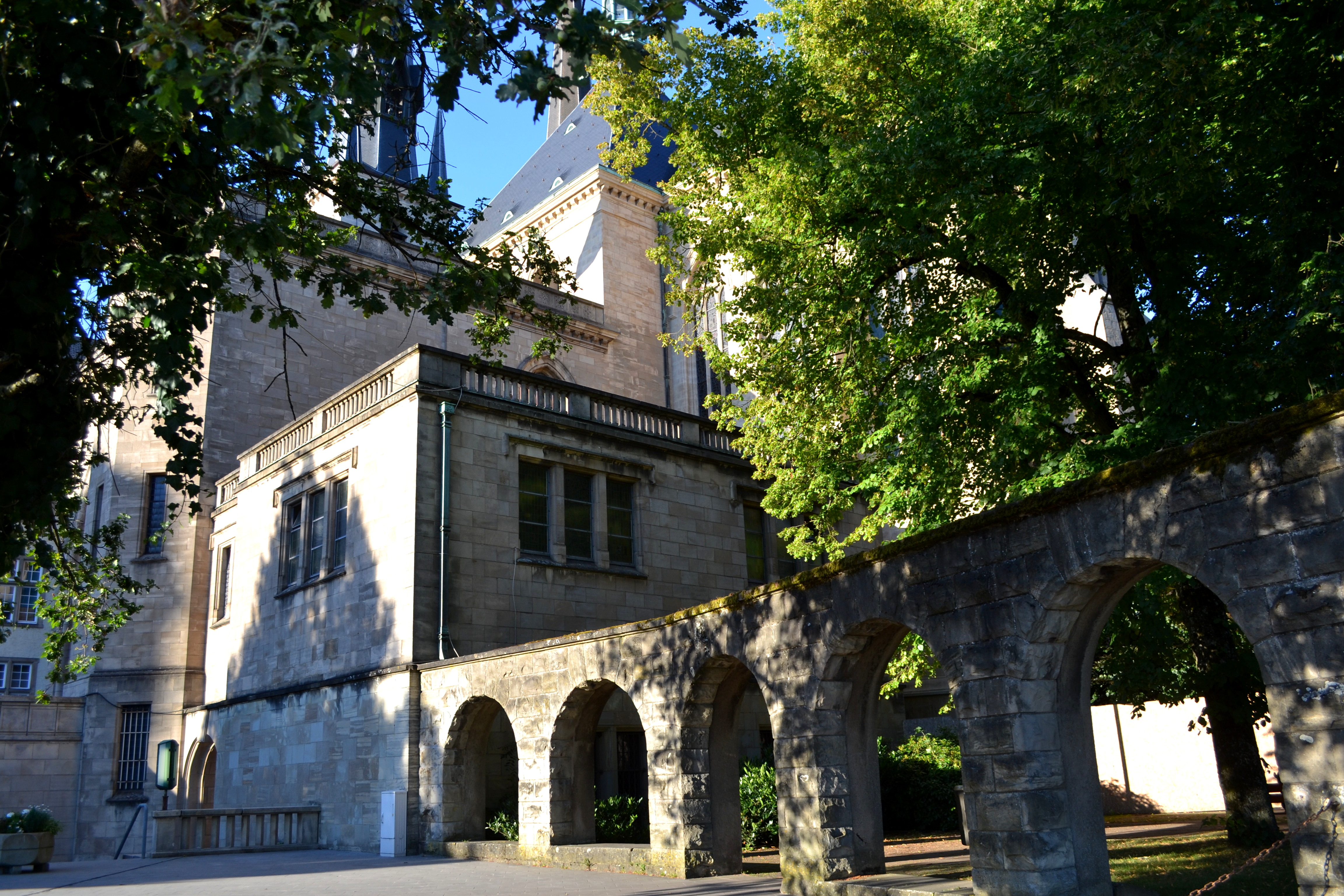 Last July I visited Luxembourg City for the wedding of two friends. It was the first time I had been around in Luxembourg properly rather than just passing through.

My friend Tom collected me from the station and we drove past the European Court.  I hadn’t been in continental Europe since early summer 2009, and in that time have been to Africa and India.  I tried to get into his car the wrong side, have forgotten almost all my French, and other basic things took me by surprise and entertained us. I stayed at a hotel by the station, in the red light district. The presence of these ‘ladies of the night’ amused my friend Tom, but didn’t bother me.

I went out for a wander round the city, over bridges that are part of one long, massive viaduct. There were many trees, like a forest all over the surrounding hills. The sky was blue and the air was warm and bright. I was happy, wandering about exploring.  A river runs through the city, meandering past medieval walls.

From the viewpoints I can see the turrets of castles or palaces, across the valleys, striking up from the thick canopy of trees.

This is Luxembourg’s Cathedrale Notre-Dame.